(opens in a new tab)

Today marks the 75th Anniversary of the Death of Princess Maud, Countess of Southesk, who died on this day in 1945! Born the second daughter of Princess Louise of Wales and the Duke of Fife in 1893, Lady Maud Duff was the younger sister of Princess Alexandra, the 2nd Duchess of Fife, a female-line granddaughter of King Edward VII and Queen Alexandra, and the niece of King George V and Queen Maud of Norway, and bore the courtesy title of Lady, from her father’s Dukedom, but, along with her sister, was made a Princess of the United Kingdom by their grandfather with the style of ‘Highness’. Growing up at various country estates around Britain, particularly the Mar Lodge Estate, in 1911, while on route to Egypt, the family were shipwrecked off the coast of Morocco, which eventually led to the Duke’s death in January 1912, and the accession of Princess Alexandra to the Dukedom. In 1923, Princess Maud married Lord Carnegie, the heir of the 10th Earl of Southesk, when she stopped using her Princely title and was instead styled as Lady Carnegie. The couple had one son, the future 3rd Duke of Fife, and resided at Elsick House, where they operated a model farm, before moving to the Southesk Family seat, Kinnaird Castle, upon succeeding to the Earldom in 1941 . While she did not undertake any official duties, the Countess was present at most family events, like the Coronation of King George VI in 1937, and served as a Counsellor of State during the Second World War. The Countess of Southesk died in a London nursing home after a bout of acute bronchitis on this day in 1945, with her son being informed by a policeman while waiting on a train platform to come home for Christmas. 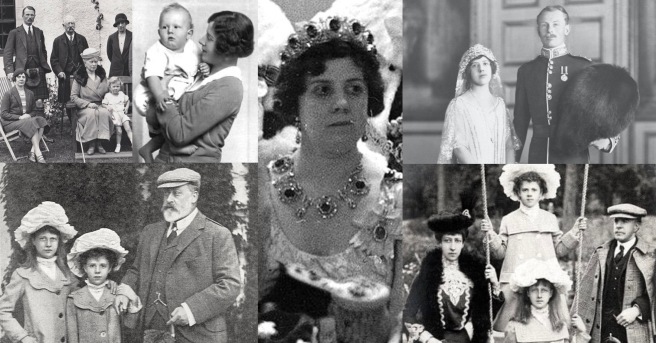