Today marks the 25th Anniversary of the death of Setsuko, Princess Chichibu of Japan, who died on this day in 1995, and to mark the day, we are featuring one of her jewels, which is now worn by Empress Masako.

Featuring a large pearl within a pear-shaped diamond frame, suspended from a three-strand pearl necklace, the jewel originates from Princess Chichibu, who started wearing it in the 1960s, one of the more notable appearences being a Dinner with Queen Elizabeth II during a visit to London.

In 2015, Princess Chichibu’s Pearl Necklace was worn by the then Crown Princess Masako for the Singapore State Banquet, and also appeared for the 3rd Enthronement Banquet last year. There is no doubt we will continue to see it for years to come. 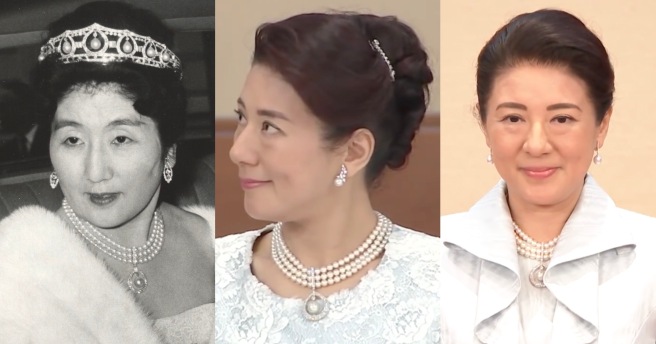