Happy Birthday to Princess Eugenie of York! The second daughter of Prince Andrew, Duke of York (second son of Queen Elizabeth II) and Sarah, Duchess of York, she is the younger sister of Princess Beatrice, and christened at Sandringham in December 1990. Her parents divorced when she was six years old, though she had described them as “the best divorced couple” she knew. Educated in Britain, she currently works at the Hauser & Wirth art gallery in London as an associate director. Princess Eugenie and her sister, Princess Beatrice, do not carry out public duties and receive no allowance from the Privy Purse. However, they do undertake public engagements for charities, and attend receptions and garden parties at Buckingham Palace. In 2018, she got married to her longtime-boyfriend, Jack Brooksbank at St. George’s Chapel Windsor Castle, and reside at Ivy Cottage in Kensington Palace. The couple announced that they are expecting their first child in 2021, and welcomed a son in February 2021. I wish HRH a very Happy Birthday and many Happy Returns! 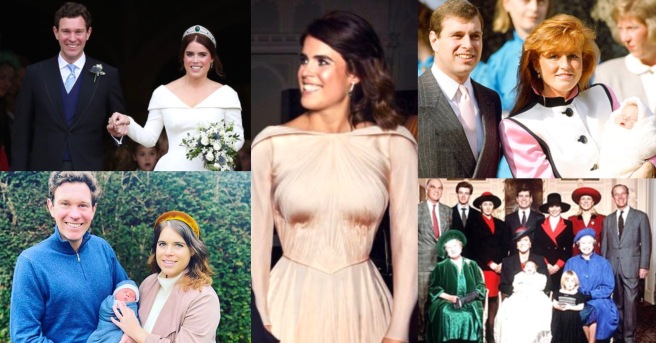 One thought on “Princess Eugenie of York”