The British Royal Family attended the fifth and final day of races at the Ascot Racecourse in Berkshire on June 18th. Royal Ascot is a permanent fixture on the British Royal Family’s June calendar. The Queen has attended all five days of the horse-racing event since 1953, but was present for the first time this year, after not attending for the second year ever (after last year).

Click HERE to view the full version of this article!

The Queen was joined by her grandson, Peter Phillips, as well as her Racing Manager, John Warren and his wife, Lady Carolyn, and her Lady-in-Waiting, Lady Susan Hussey, as she saw the parade of horses and met jockeys, and will later present trophies. Due to the ongoing Pandemic, there was no procession from Windsor Castle to the Ascot Racecourse in horse-drawn landaus, and the members of the Royal Family and their guests spent the day in the Royal Enclosure.

Click HERE to stay updated on our Royal Ascot coverage! 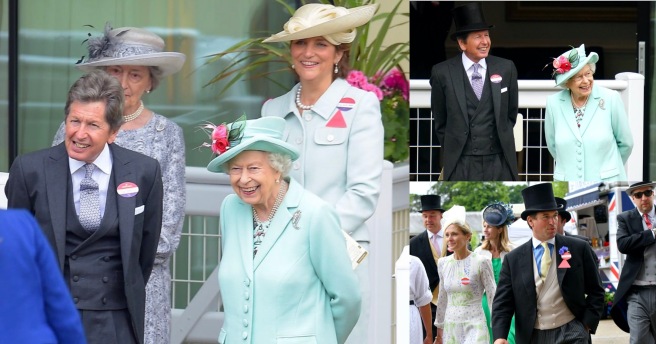