Today marks the 105th Anniversary of the Birth of Queen Frederica of Greece, who was born on this day in 1917! The Hanoverian Princess who became the Greek Queen and the mother of King Constantine II of Greece and Queen Sofia of Spain, Queen Frederica possessed a plethora of Royal Heirlooms, including this splendid 478.68-carat Cartier Sapphire Pendant!

A spectacular piece, the 478.68-carat Sapphire entered the Cartier Collection in 1913, when it was acquired by Cartier in Paris and set into a sautoir with seven other sapphires, which modified twice by 1919, when it was exhibited in San Sebastian. Queen Victoria Eugenie of Spain, along with Queen Mother Maria Cristina and the Princess of Bourbon, admired the display, with the expectation that King Alfonso would buy the jewel for Queen Victoria Eugenie, though he declared: 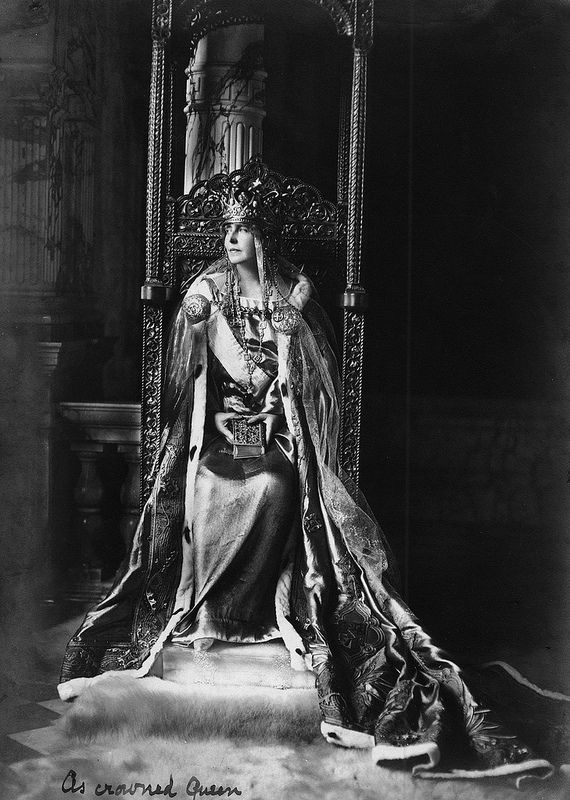 Queen Victoria Eugenie’s cousin, Queen Marie of Romania, had lost her jewels in Russia during the First World War, and by 1921, had bought the Vladimir Sapphire Kokoshnik for herself, the Greek Key Tiara for Princess Helen of Greece, the soon-to-be Romanian Crown Princess, and her Cartier Sapphire Sautoir for her eldest daughter, Princess Elisabeth, who was about to marry Princess Helen’s brother, King George II of Greece, all from her sister, Grand Duchess Victoria Feodorovna. The following year, her husband, King Ferdinand, bought the spectacular Cartier Diamond Sautoir from which hung the 478.68-carat Sapphire Pendant, just in time for the Coronation of King Ferdinand and Queen Marie in 1922. At the same time, Queen Marie also picked up her redesigned Cartier Pearl Tiara, using a tiara inherited from her mother. The price of Fr. 1,275,000 was paid in four instalments up to 1924, with a pledge to cancel the sale in the event of ‘serious and unforeseen circumstances’. 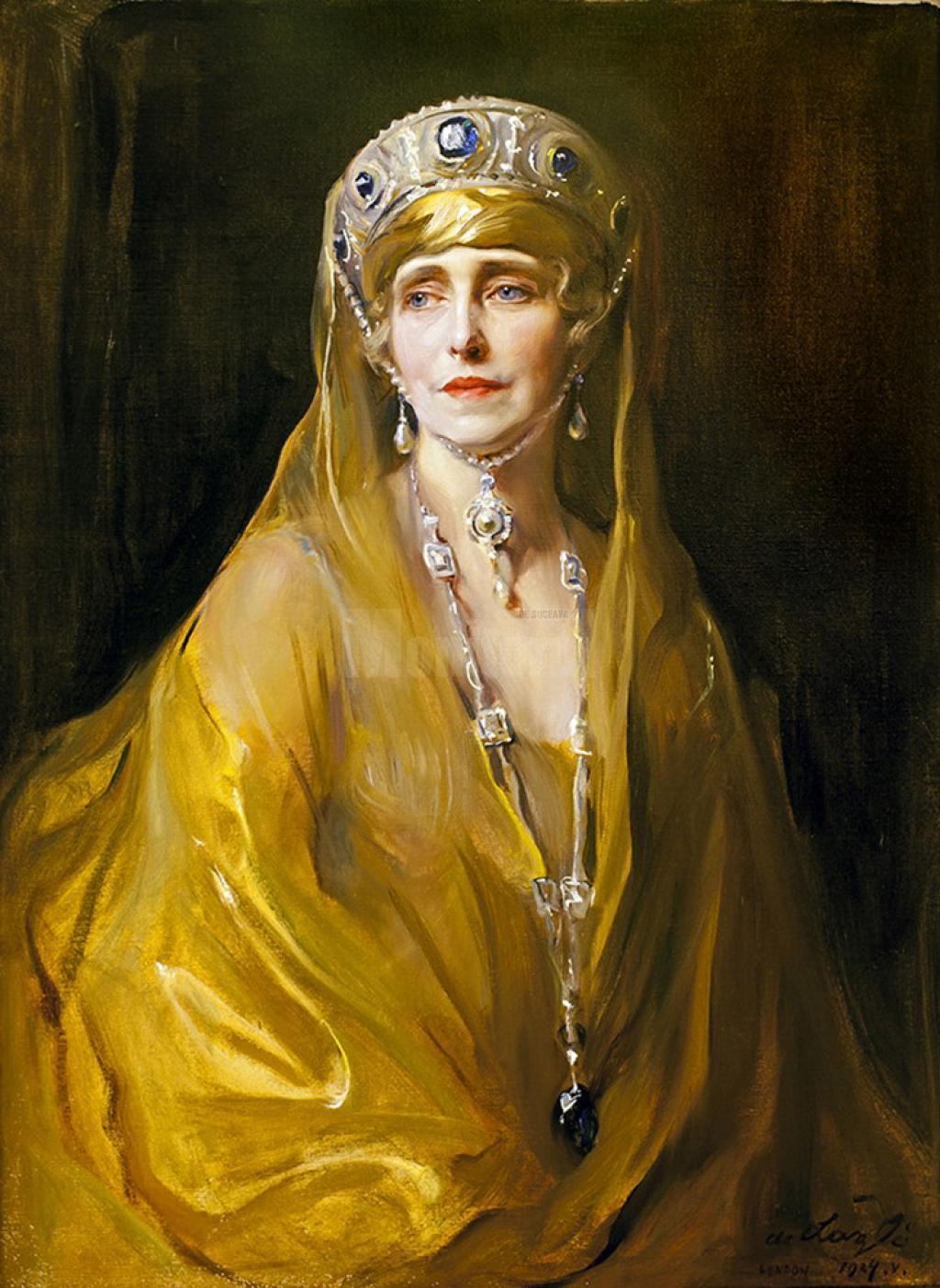 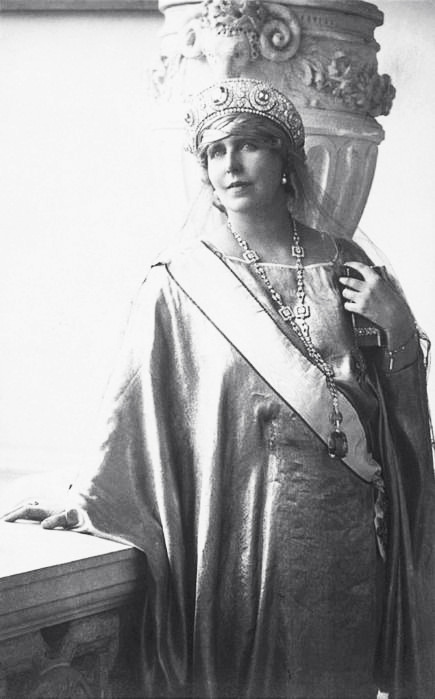 The Vladimir Sapphire Kokoshnik, paired with the Diamond Sautoir and 478-carat Cartier Sapphire Pendant, became Queen Marie’s most iconic Jewels during the 1920s, when she was at the peak of her popularity, being worn for her portrait by Sir Philip de Lazlo in 1924, as well as countless portraits, and the La Petite Entente Banquet at the Royal Palace of Bucharest in 1936.

After Queen Marie’s Death in 1938, the 478.68-carat Cartier Sapphire Pendant and the Diamond Sautoir were inherited by her grandson, King Michael of Romania, though the Vladimir Sapphire Kokoshnik went to her favourite daughter, Princess Ileana. His mother, Queen Helen, wore the Diamond Sautoir with a diamond pendant for the Wedding Ball of her cousin, Prince Phillip of Greece, to Princess (now Queen) Elizabeth in London 1947, just a few weeks before the Romanian Monarchy was abolished and King Michael, with Queen Helen, went into exile. The following year, the Sautoir, along with the Romanian Greek Key Tiara was worn by Princess Anne of Bourbon-Parma when she married King Michael of Romania in Athens. At some point in the following years, faced with financial difficulties, King Michael sold the 478-carat Cartier Sapphire Pendant to Harry Winston, while pieces of the Sautoir remain with the family.

At some point in the early 1960s, the 478.68-carat Cartier Sapphire Pendant was acquired by the Greek Shipping Tycoon Stavros Niarchos, who presented it to Queen Frederica of Greece, who was incidentally the sister-in-law of Queen Helen and aunt of King Michael. The spectacular Sapphire Pendant was worn with her Pearl and Diamond Necklace for the Greek Return Banquet at Claridge’s Hotel in 1963, on a visit to New York City in 1964, and for the Wedding Ball of her son, King Constantine II of Greece, and Princess Anne Marie of Denmark in 1964, paired with Queen Sophia’s Diamond Tiara.

The Cartier Sapphire Pendant was one of the main jewels retained by Queen Frederica during her widowhood, along with Queen Sophia’s Diamond Tiara and her Pearl and Diamond Necklace, from which the 478 carat Sapphire was suspended, most notably at the Wedding of Prince Michael of Greece in 1965, the Wedding Ball of the Margrave of Baden and Archduchess Valerie of Austria in 1966, and for a Gala at the Teatro Real in Madrid in 1966, which was the sapphire’s last public appearance, just over a year ahead of the fall of the Greek Monarchy.

For decades, the fate of Queen Marie’s 478.68-carat Cartier Sapphire Pendant remained unknown, as it was not publicly worn by her daughter-in-law, Queen Anne Marie, or her daughters Queen Sofia of Spain and Princess Irene, until 2003, when the 478 carat Sapphire Pendant appeared at Auction at Christie’s in Geneva, as “Property of a Noble Family”, where it eventually fetched CHF 1,916,000. The Sapphire currently resides in a private collection but has been exhibited at Cartier Exhibitions over the years.