Ahead of the upcoming Important Jewels Sale at Christie’s on 30th November 2016 in London, we take a look at Jewels for auction with a Royal/Noble provenance or purpose.  Among the lots that are featured are a diamond necklace from an Italian Noble family, Jewelry albums, a sapphire and diamond suite, and four diamond tiaras. 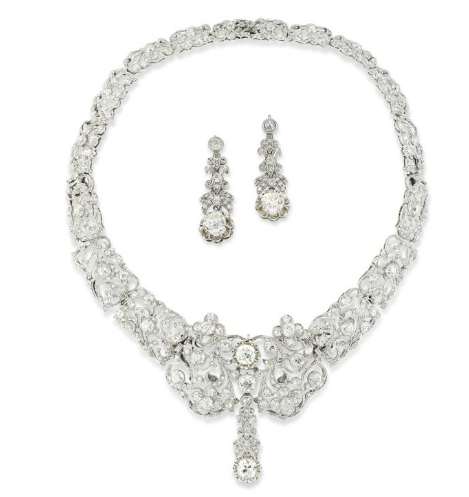 A transformable diamond necklace, designed as a continuous series of scrolling foliate motifs, each millegrain-set throughout with old-cut diamonds, interspersed by similarly-set quatrefoil flowerhead clusters, suspending a further old-cut diamond drop pendant, transforming into ear pendants, a brooch and a bracelet, circa 1940, by Illario. 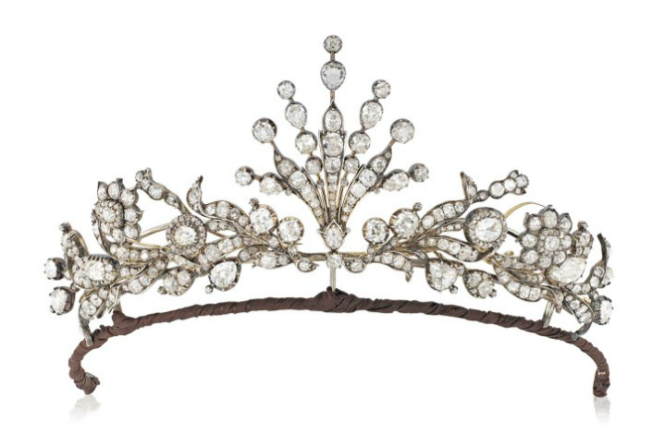 The Jewels Of The Nawab Of Rampur Photograph Album

Formerly from the collection of the Nawab of Rampur 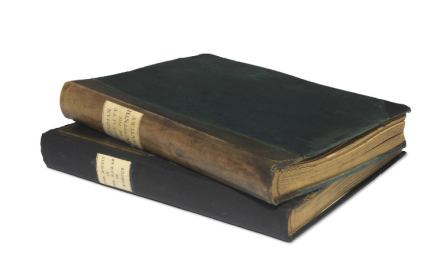 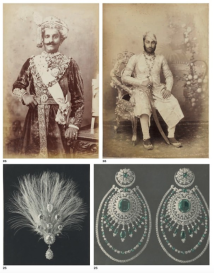 The first album contains 35 images including various turban ornaments, necklaces and ceremonial swords; some with colour tinting, with the Rampur coat of arms to the frontispiece and inside cover. The second album contains 48 portrait plates depicting various Royal personages, many wearing elaborate traditional jewellery. Thought to have belonged to the Nawab of Rampur, the ruler of an important Indian Princely state during the British Raj.

Catalogue of the Russian State Jewels, 1927 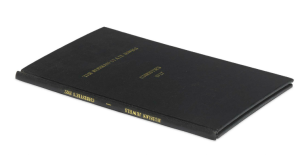 A catalogue of an important assemblage of magnificent jewellery mostly dating from the 18th century, which formed part of the Russian State Jewels, by Messrs. Christie, Manson & Woods, Wednesday, March 16, 1927. A diamond choker probably included in this album was auctioned at Sotheby’s on November 16th.

An Emerald And Diamond Festoon Necklace

Property of a Lady of Title 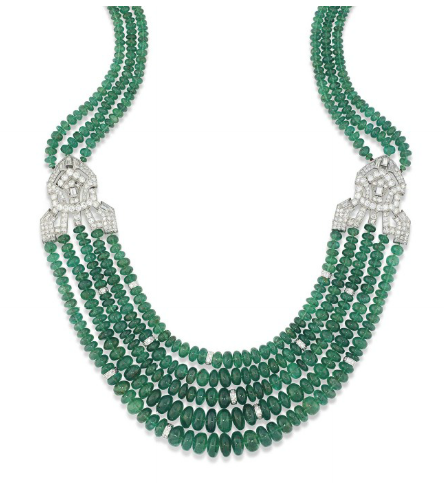 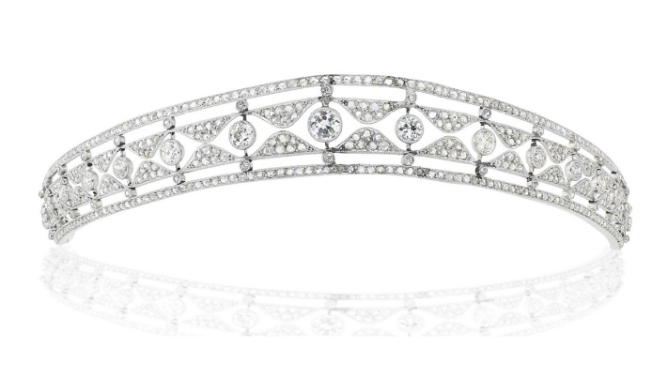 Formerly in the collection of the Joan, Lady Sherborne 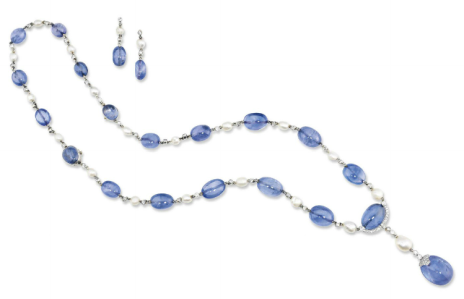 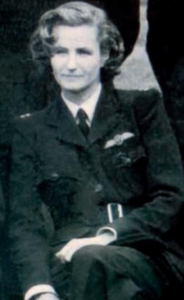 A necklace, bracelet and pair of ear pendants, set with a series of graduated polished sapphire beads, interspersed by single pearl and old-cut diamond collet trio connections, circa 1925. It was formerly in the collection of the Joan, Lady Sherborne, daughter of the Canadian financier and industrialist Sir James Dunn and wife of the Charles Dutton, 7th Baron Sherborne. She served in the Air Auxiliary Transport during WWII. Lord & Lady Sherbourne lived at Lodge Park in Gloucestershire, now belonging to the National Trust. 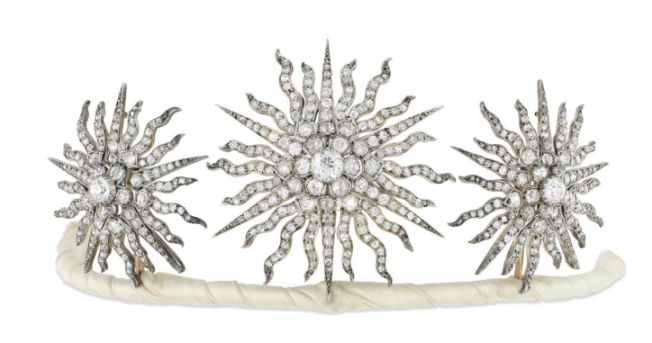 A Diamond Tiara designed as a group of three diamond graduated sunburst star panels, mounted in silver and gold, detaching to form three brooches or a hair slide, with four additional fittings, circa 1900. 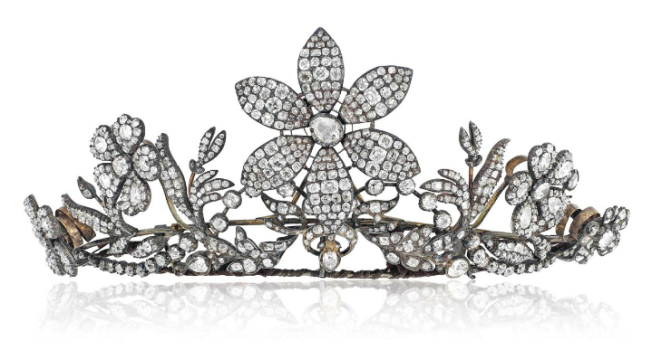