Queen Ingrid, Crown Princess Margrethe, Princess Benedikte and Princess Anne-Marie of Denmark joined the Queen, Queen Mother, Princess Margaret and Princess Anne as they watched the Duke of Edinburgh play Polo at the Guards Polo Club in Windsor Great Park on this day in 1957, during their visit to London just a month after the Queen and Duke’s State Visit to Denmark.

Later, Queen Ingrid was joined by Crown Princess Margrethe, Princess Benedikte and Princess Anne-Marie as they sat in the Royal Box to watch a Performance of the John Cranko / Benjamin Britten Ballet ‘The Prince of the Pagodas’ at the Royal Opera House in Covent Garden, also being photographed upon their return to Claridges Hotel. 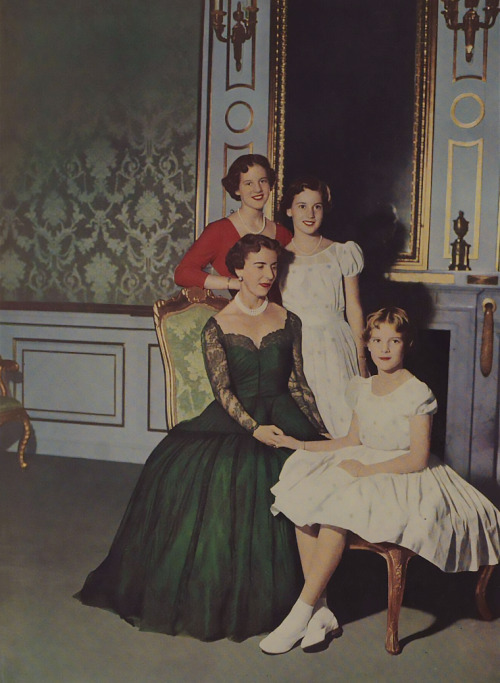