The Duke and Duchess of Sussex attended the annual Endeavour Fund Awards at Mansion House in London on March 5th. They celebrated the achievements of wounded, injured and sick servicemen and women who have taken part in remarkable sporting and adventure challenges over the last year. The Duke and Duchess first attended a pre-ceremony reception where they met the inspiring nominees, as well as endeavour participants and key supporters of the Endeavour Fund. They then attended the awards ceremony, hosted by former Invictus Games medallist JJ Chalmers, in which four prizes were awarded:

The Duke and Duchess each presented an award and the Duke also gave a short speech. The Royal Foundation’s Endeavour Fund supports the ambitions of these men and women to use challenges to help with their physical, psychological and social recovery and rehabilitation. This was among the last of the Duke and Duchess’ Engagements ahead of their departure from the Royal Family at the end of the month. 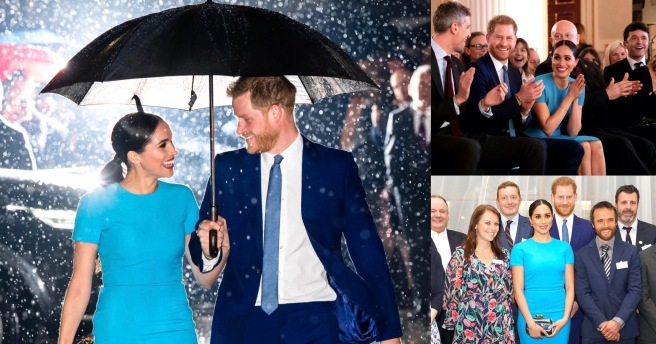