Happy Birthday to Princess Astrid of Belgium, Archduchess of Austria-Este! Born the only daughter of then Prince Albert of Belgium and Dona Paola Ruffo di Calabria, she is the sister of King Philippe and Prince Laurent of Belgium. Named after her paternal grandmother, Queen Astrid, who had died young in a car crash in 1935, Princess Astrid was educated in Belgium, the Netherlands, Switzerland, and the US. In 1984, she married Archduke Lorenz of Austria-Este, Head of the House of Austria-Este and a grandson of Emperor Karl and Empress Zita of Austria as well as the Duke and Duchess of Aosta. The couple have five children and one granddaughter. Princess Astrid is an active working member of the royal family, and undertakes many engagements on behalf of her brother King Philippe, and is involved with the International Paralympic Committee, Queen Elisabeth Medical Foundation for Neurosciences, the European Organisation on Research and Treatment of Cancer, and the Anti-Personnel Mine Ban Convention/Ottawa Convention. We wish HRH a very Happy Birthday and Many Happy Returns! 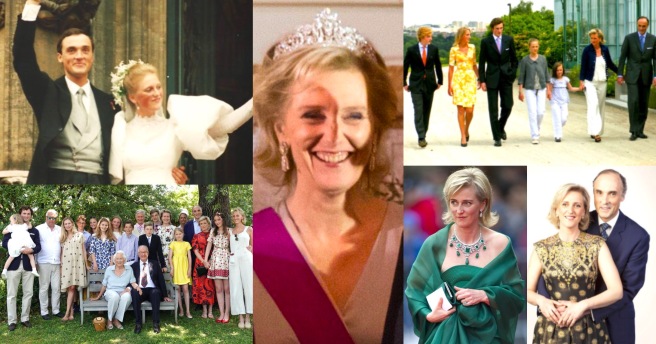 4 thoughts on “Princess Astrid of Belgium”