King Constantine II and Queen Anne-Marie of Greece hosted a spectacular Ball for Royal Guests and Relatives from around Europe at Claridge’s Hotel in London on this day in 1986, to celebrate Queen Anne-Marie of Greece’s 40th Birthday, Princess Alexia’s 21st Birthday, and the Christening of Prince Philippos. Exactly 33 years earlier, King Constantine’s parents hosted a Return Banquet at Claridge’s Hotel at the end of their State Visit to Britain in 1963. 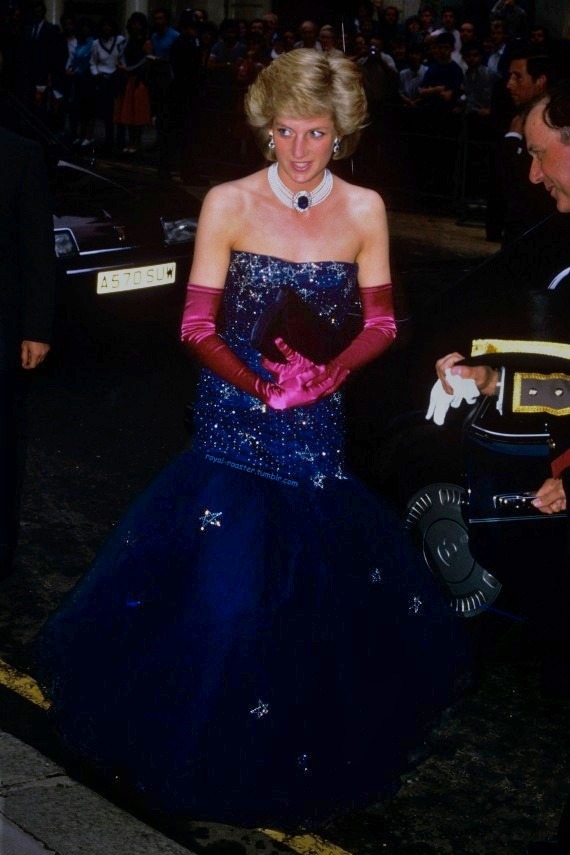 There were many reigning and exiled Royals from around Europe among the 460 Guests in attendance, but only members of the British Royal Family were pictured, including the Queen, Princess of Wales (wearing her Sapphire Choker), Prince Andrew and Sarah Ferguson, Princess Alexandra, and Prince and Princess Michael of Kent (wearing the Kent Diamond Circle Earrings).

Royal Guests and Relatives in attendance at the Christening of Prince Philippos (who likely also attended the Ball at Claridge’s) included Queen Ingrid of Denmark, King Juan Carlos and Queen Sofia of Spain, Grand Duke Jean and Grand Duchess Josephine Charlotte of Luxembourg,  Princess Benedikte of Denmark and Sayn-Wittgenstein-Berleburg, Prince Michael of Greece, Kyril, Prince of Preslav, Prince George William of Hanover and Princess Sophie of Greece and Hanover, and Countess Mountbatten.