Today marks the 40th Anniversary of the Death of Princess Alice, Countess of Athlone, who died on this day in 1981. The last surviving grandchild of Queen Victoria, and the Vicereine of both South Africa and Canada, Princess Alice lived through the reigns of six British monarchs. To mark the anniversary, we are featuring her Pearl and Diamond Tiara!

When Princess Alice of Albany married Prince Alexander of Teck (later the Earl of Athlone) in 1904, she received this Pearl and Diamond Tiara, in a delicate scroll design, as a Wedding Gift from her uncle and aunt, King Edward VII and Queen Alexandra, which she was pictured wearing in a portrait in the early years of her marriage (h/t to Beth from HRJ).

During the 1920s, Princess Alice wore her Pearl and Diamond Tiara in a series of Official Portraits, though it does not seem to have been frequently worn to Royal Events like her Teck Ears of Wheat Tiara. She was quite creative with the Tiara, attaching it onto a fabric Kokoshnik or adding her Diamond Riviere to the base to make it larger. 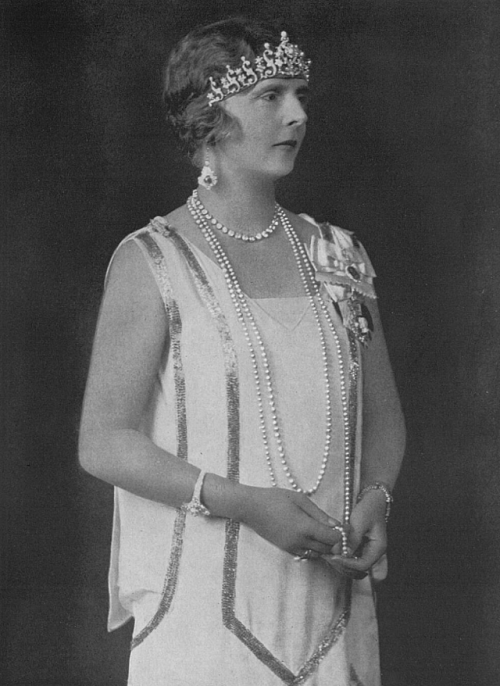 One of the last appearences of the Pearl and Diamond Tiara was the above portrait taken in the mid-1920s, after which the Tiara disappeared from public view and is presumed to have been broken up and refashioned. Around the same time, Princess Alice began to wear her magnificent Diamond Palmette Tiara and it’s quite likely diamonds from the Pearl and Diamond Tiara, as well as her Diamond Choker, were used to create it.